Last year I wrote a blog about the Rochester Dickens Festival.  I have just returned from this year’s event and as not much has changed there doesn’t seem much point in writing another, however I thought it would be fun to give you a pictorial record of my weekend: 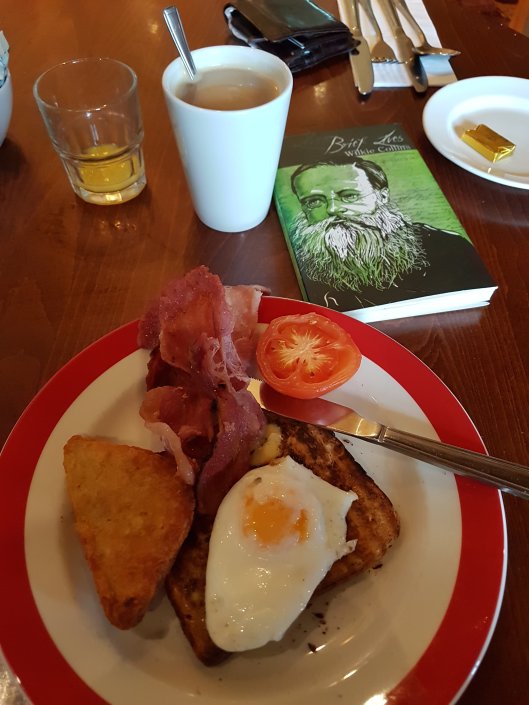 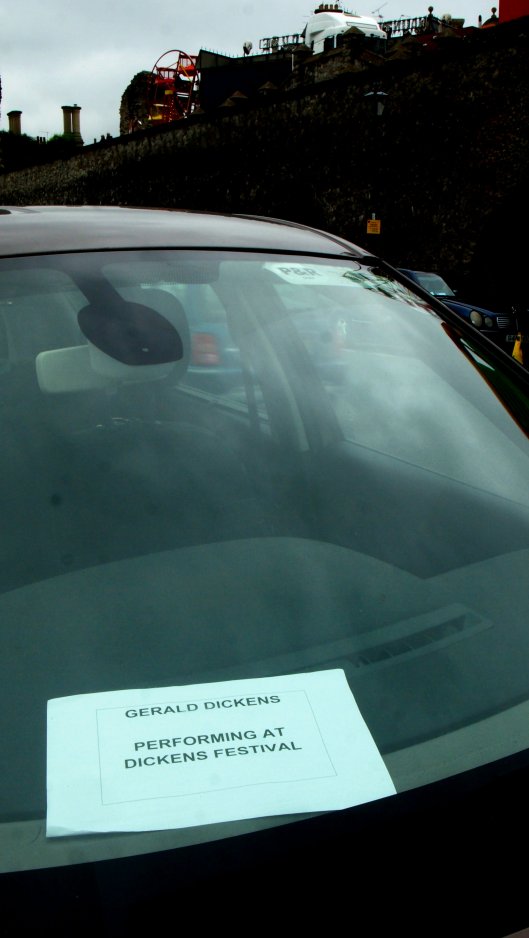 The Festival takes over the entire City and surrounds the Castle and Cathedral.  Everywhere you look there are costumed characters – some are specific characters and others are generic Victorian folk.

The festival takes over the entire City of Rochester 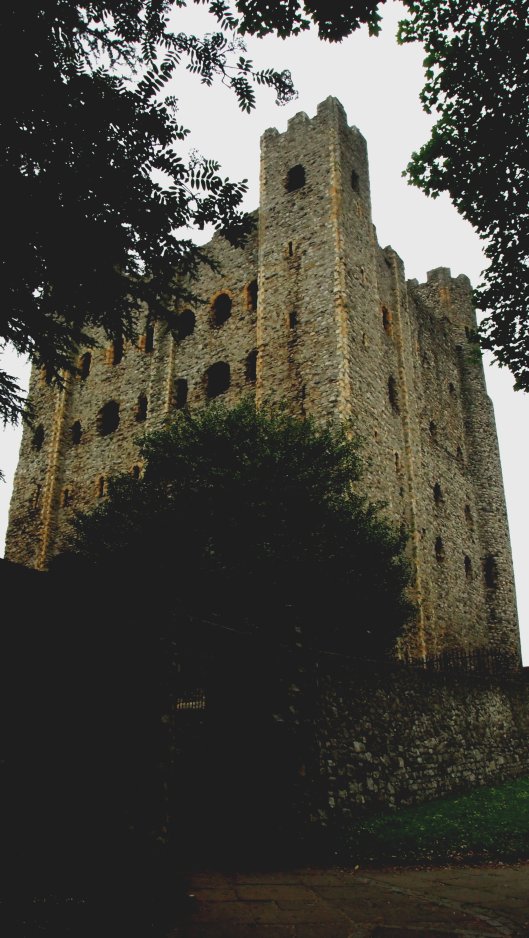 When I was younger, so much younger than today…

On each of the three days there are two parades through Rochester High Street and everyone in costume gathers ready to wave and smile until our jaws ache.  Fiction meets reality and there some extraordinary sites to be seen. 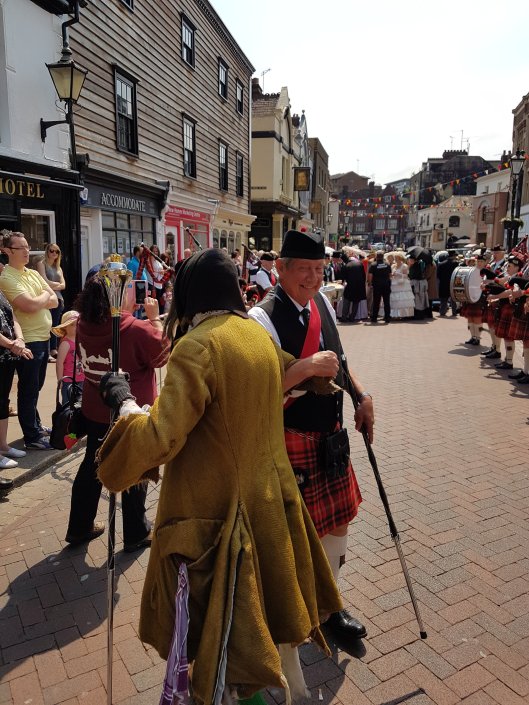 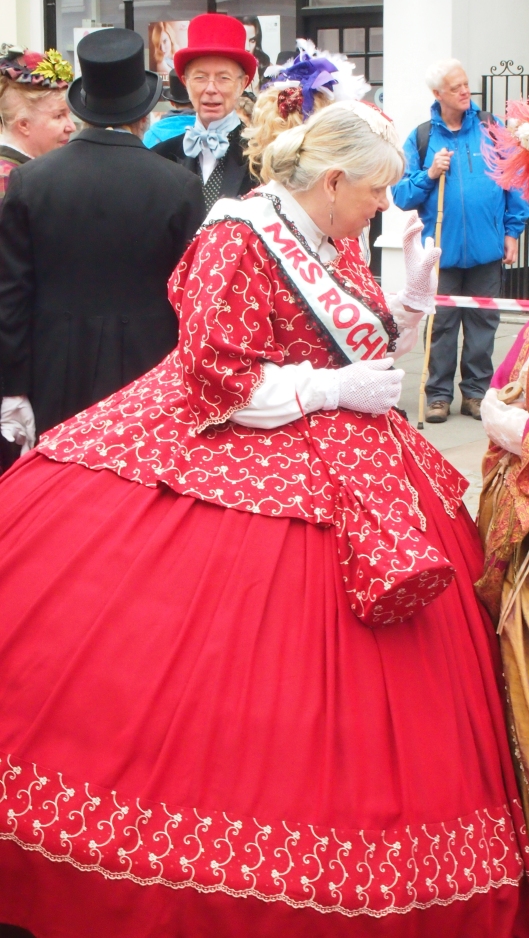 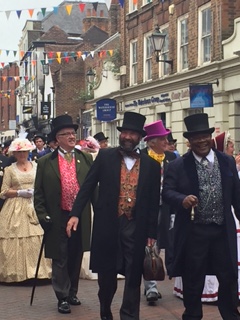 Each year I perform a different show and this year I chose the ghost story of The Signalman.  I have been performing it as a memorised piece for over a year and I have finally found a way of presenting it in a way that I am happy with.  I was fortunate that the Dickens Theatre Company had installed a lighting rig, which they were happy to let me use.  With eerie red glows to suggest a danger light at the of the ‘barbarous, depressing and forbidding tunnel’, as well as The Signalman’s meagre fire in his signal box, the story took on an altogether more sinister tone.

After a grey, misty Friday and Saturday, the bright sun finally broke through for the final day.

Not all vendors fully embrace the Victorian theme…. 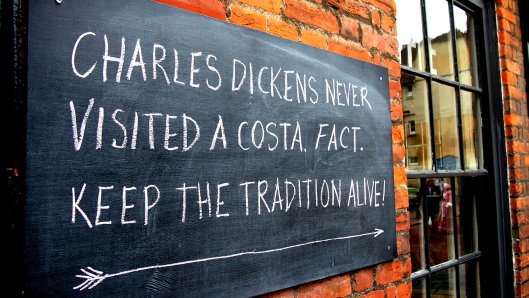 …..whilst others imaginatively use Charles for their own ends. 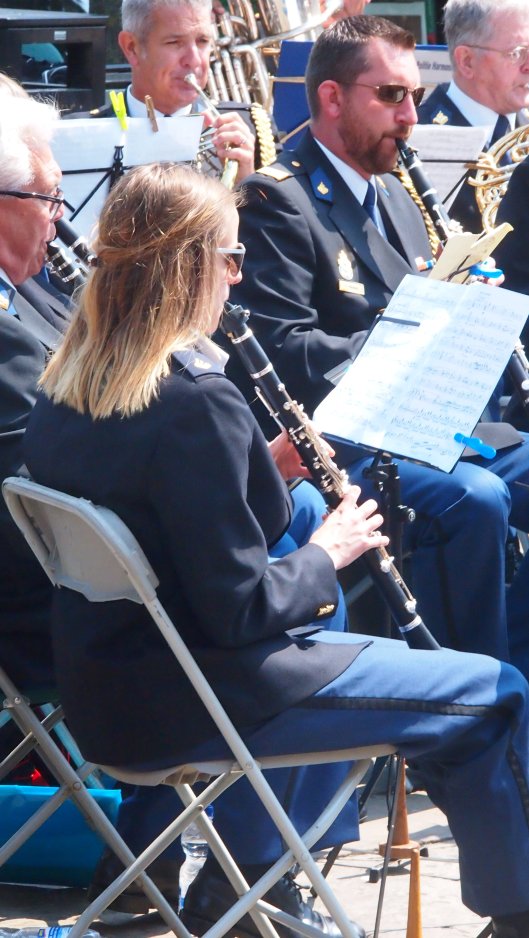 On Sunday evening, during the Cathedral’s regular Evensong, Charles Dickens is remembered